Over Thanksgiving holidays, we visited Jersey in the Channel Islands.  The hotel had just begun decorating for Christmas. 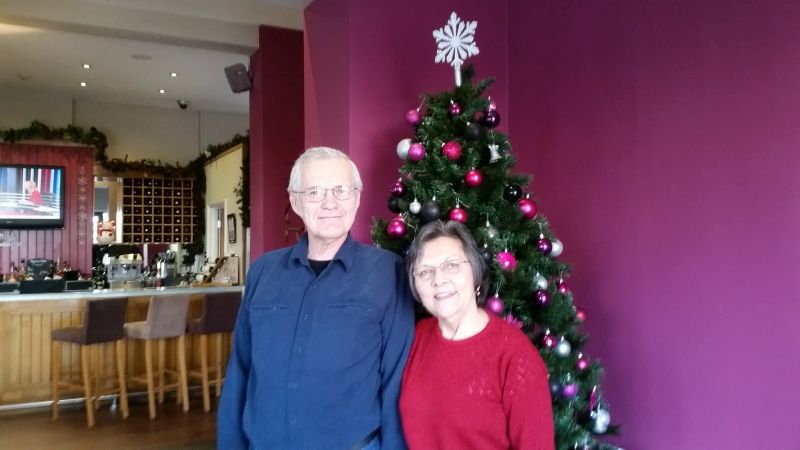 We searched for a church to attend on Sunday before we flew home.  We were disappointed that there were so few churches in Jersey.  We did find an active Methodist church. 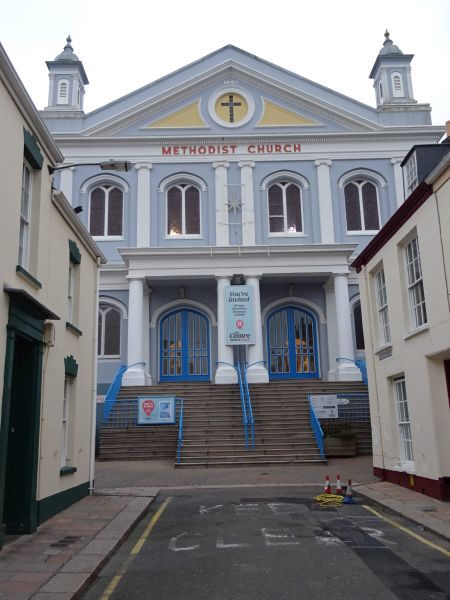 Elizabeth Castle is a castle on a tidal island within the parish of Saint Helier, Jersey. Construction was started in the 16th century when the power of cannon was needed to defend the Island and the port of St. Helier.  At high tide the castle is surrounded by water of the English Channel. 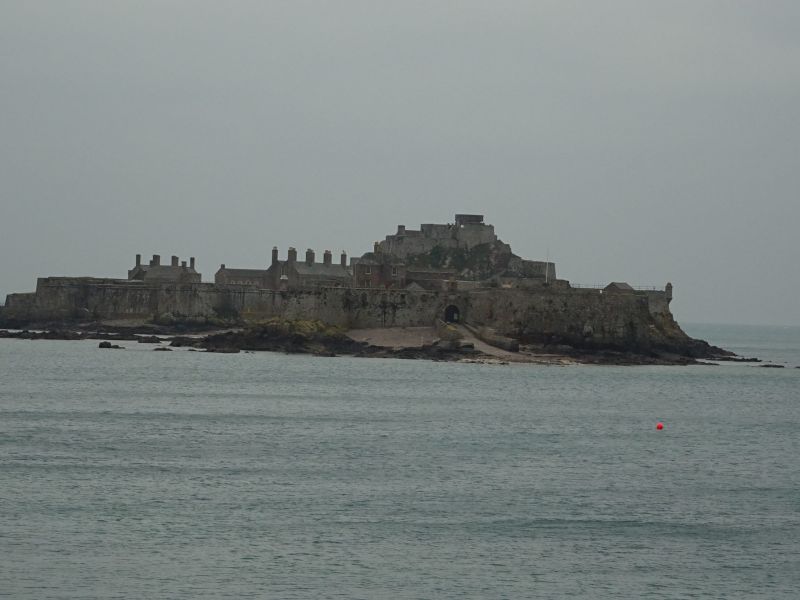 Elizabeth Castle was named after Elizabeth I who was the queen of England around the time the castle was built.  You can walk out to the castle along the causeway at low tide. 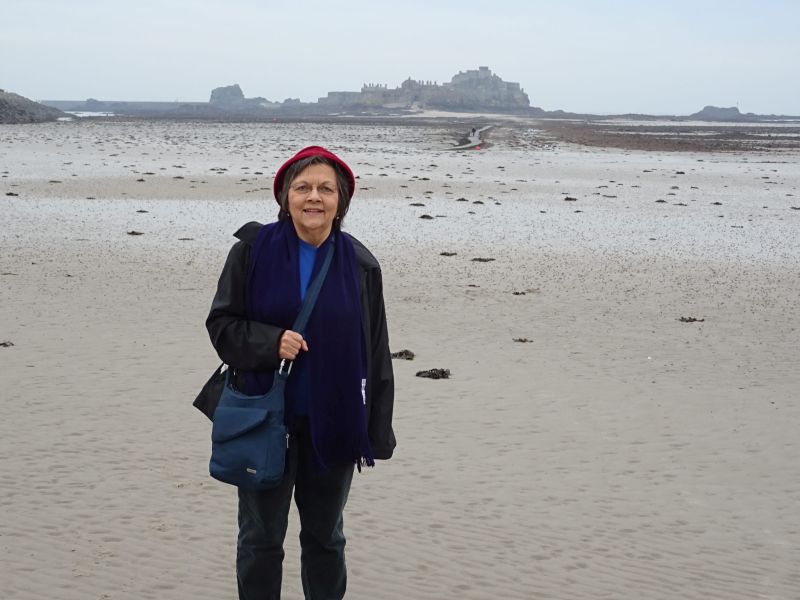 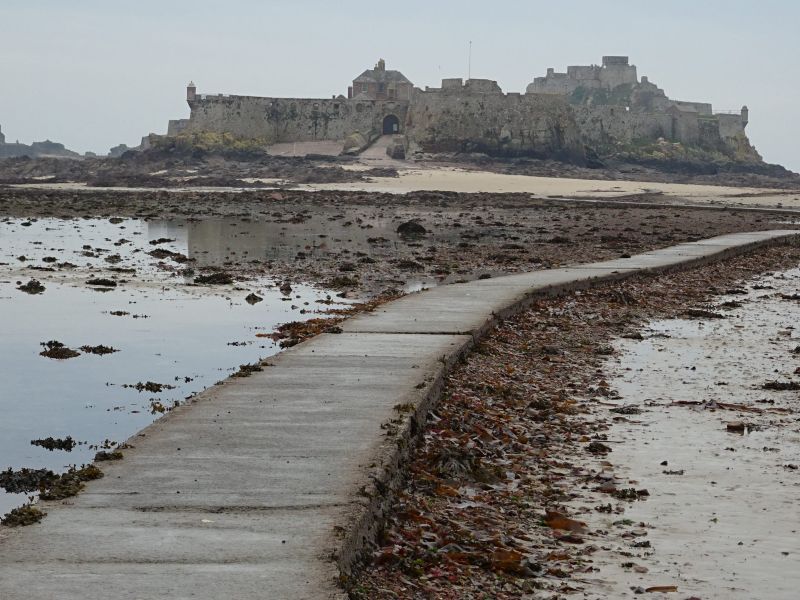 The tidal island called L'Islet (The Islet) where Elizabeth Castle stands was originally the site of the Abbey (later Priory) of Saint Helier. The Crown confiscated the monastic buildings during the Reformation and surviving buildings were used for military purposes. 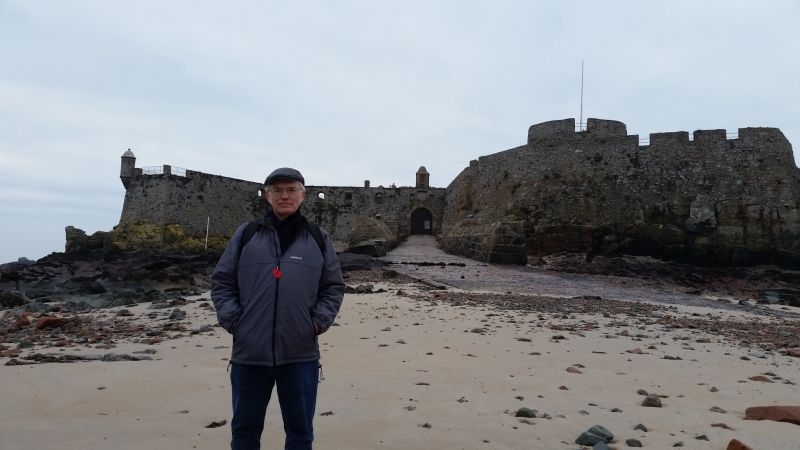 Here is a view of St Helier from Elizabeth Castle during low tide.  During the German occupation (1940-1945) there were added extensive fortifications to the castle. 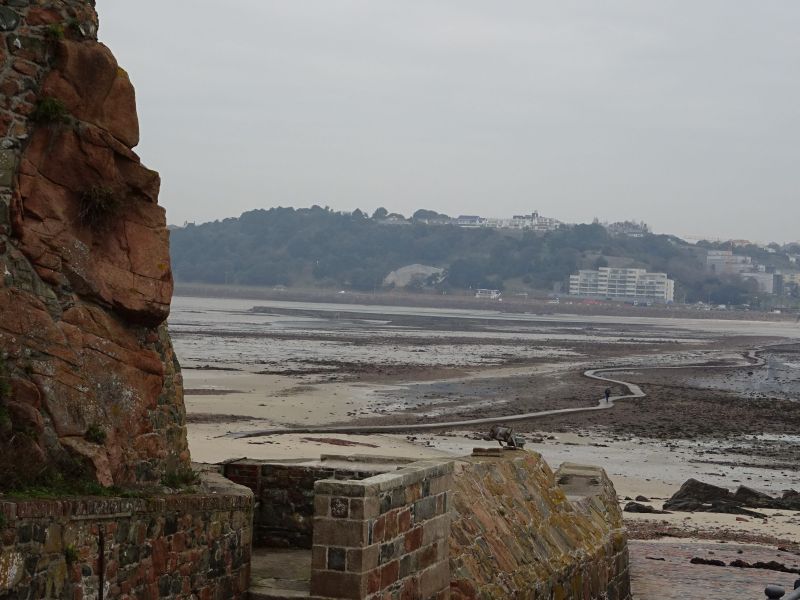 Jersey War Tunnels - During World War II, England left Jersey defenseless and the Island became occupied by German forces from 1940 to 1945.  The Jersey War Tunnels bear witness to the particular cruelty of the Nazi regime. 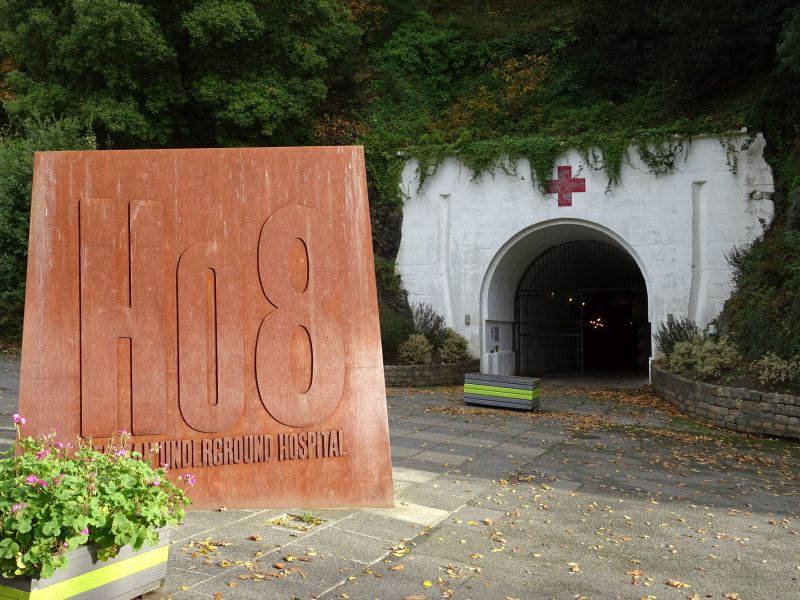 Dug deep into the hillside by forced and slave workers from nations across Europe, the extraordinary Jersey War tunnels run over 1km in length.  They now contain an underground collection of thought provoking galleries that detail Jersey’s occupation history from resistance, through to starvation, and then eventual liberation. 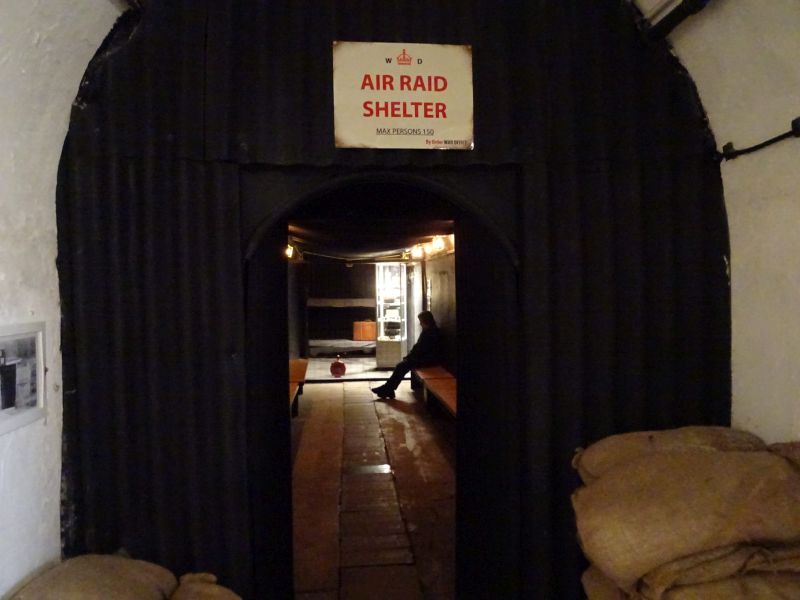 In the Jersey War tunnels is a working German Enigma encryption machine. 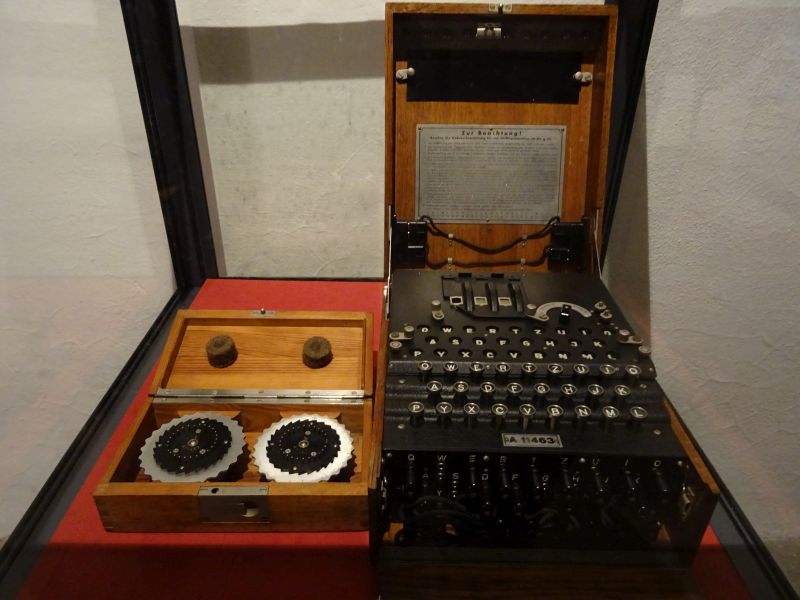 Near the end of WW II, the Red Cross was allowed to deliver food to the local residents on the island.  Note that the Red Cross supplies are primarily from Canada and New Zealand. 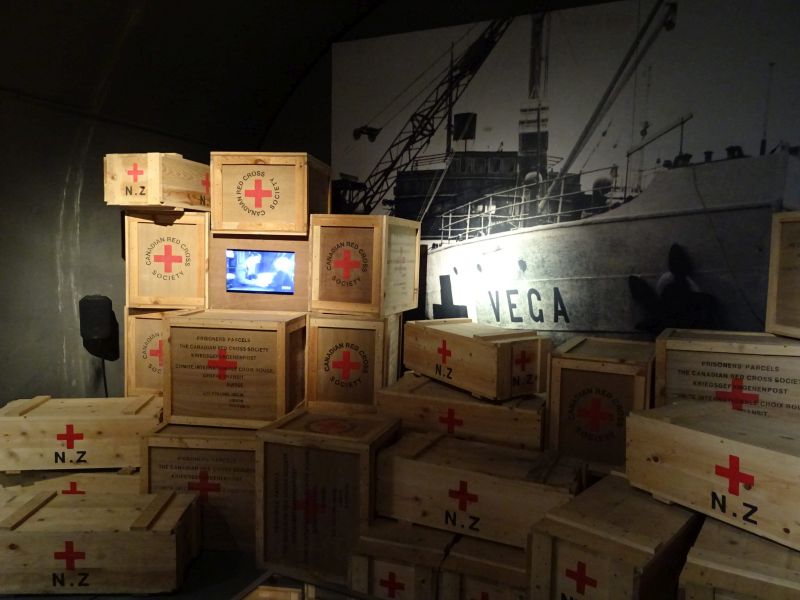 There were several pictures showing the celebrations when England was finally able to liberate the island from the Germans. 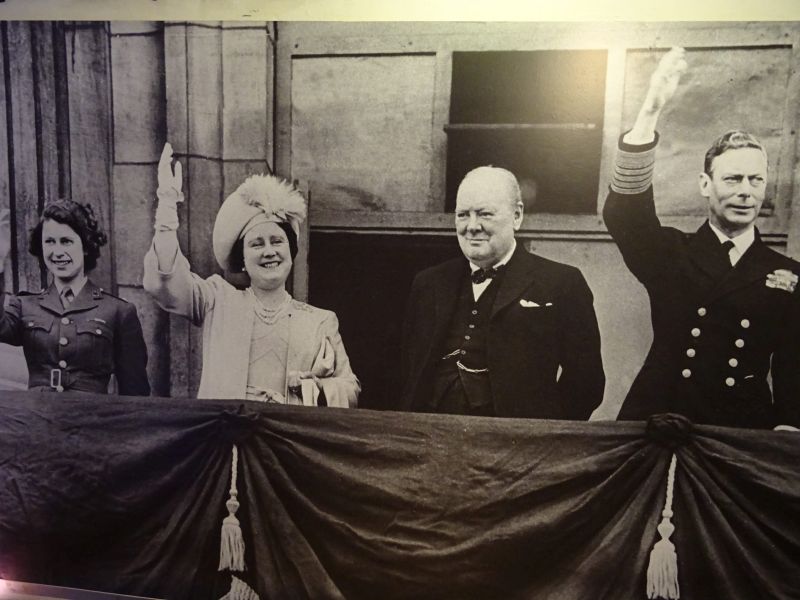 In the center of St Heliers is a memorial to the liberation of the Channel Islands in 1945. 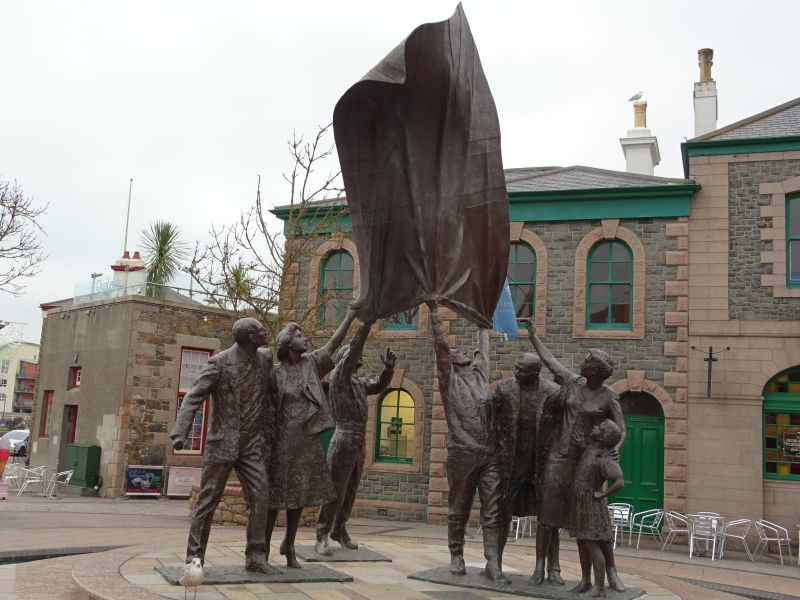 Near our hotel was an interesting example of home construction from the years of the prior century. 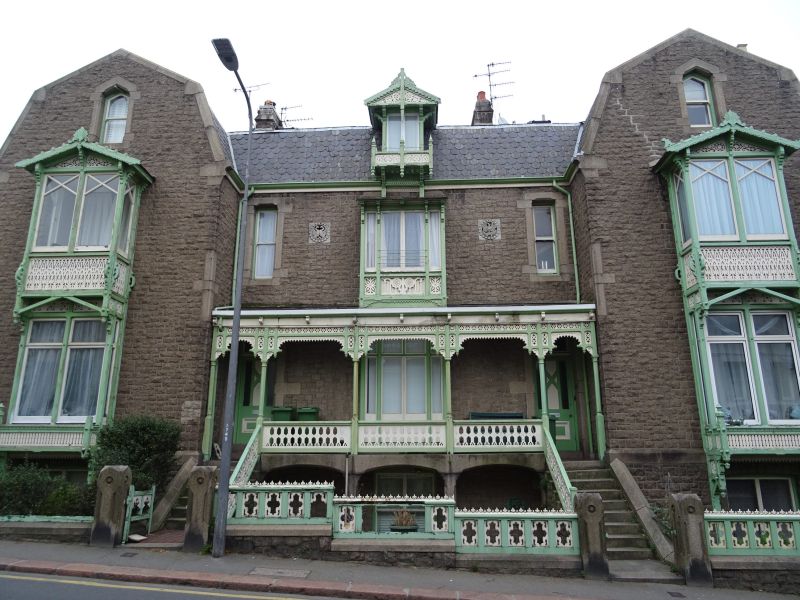 One day we walked the 9 mile length of the island.   Along the way we stopped to see an old church in St Albans. 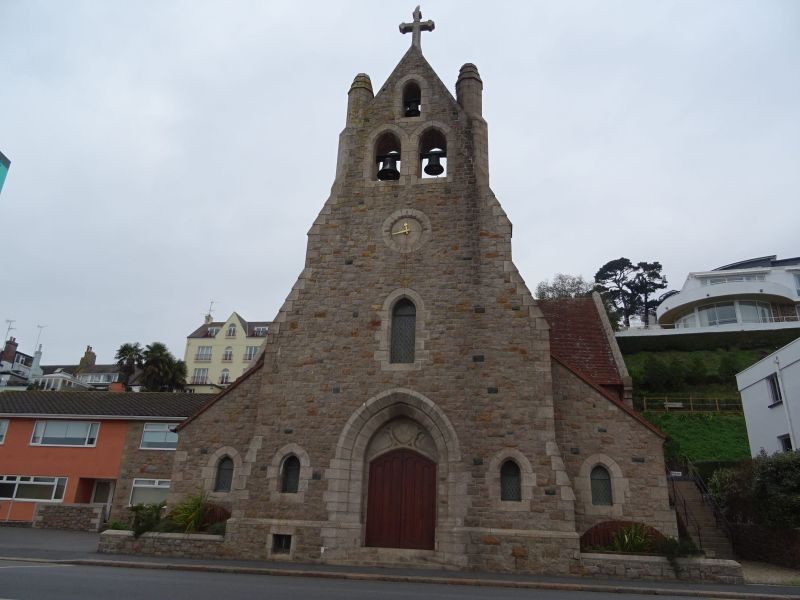 At the end of our 9 mile trek, we arrived at the Cobiere Lighthouse which is on the extreme south-western point of Jersey.   The lighthouse is situated on a rock that is a tidal island. A causeway links the lighthouse to shore at low tide. 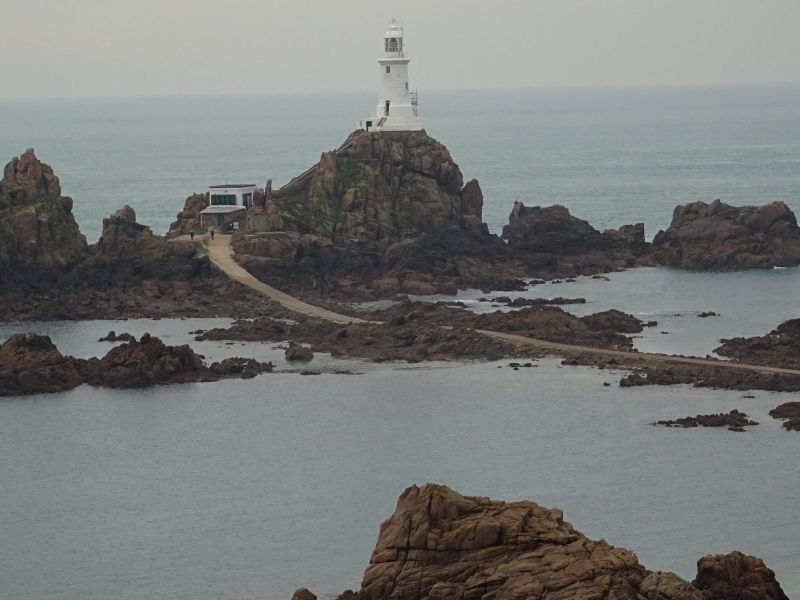 To see more photos, find us on Facebook (Richard-Suzanna Hanham)!


Proverbs 3:5-6
Trust in the Lord with your heart,
And lean not on your own understanding;
In all your ways acknowledge Him,
And He shall direct your paths.

If you have questions or comments, please e-mail us at webmaster@proverbs356.net